The latest report presenting estimates of the size and performance of Jersey’s economy in 2018 has been published by Statistics Jersey. 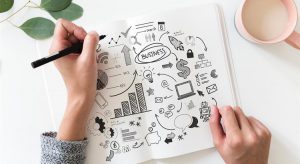