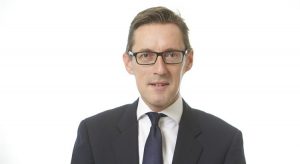 Their programme, arranged by the Channel Islands Brussels Office, included meetings with the Permanent Representatives (Ambassadors) to the EU of Croatia, Hungary, Lithuania, Portugal and Sweden; senior officials from the Permanent Representations to the EU of the Czech Republic and the UK; the chief of staff of EU Commissioner Sir Julian King; the Ambassador of Monaco to the EU; and the head of the Normandy Brussels Office.

The visit formed part of the regular political level engagement by the Channel Islands with the EU Institutions.

Speaking after the visit, Senator Gorst said: “The importance of our sustained political engagement with our European neighbours cannot be underestimated. On this visit it was invaluable to exchange views on Brexit, six weeks ahead of the planned departure of the UK from the EU, and to hear the different perspectives on the prospects at this critical juncture.

“We both underlined our commitments to protecting the rights of the many EU nationals that live in our islands and who make such a contribution to our economies and to our communities. We expressed our strong wish that there should be an orderly Brexit, and explained our preparations for a possible no-deal.”

Deputy Le Tocq commented: “It was invaluable to meet with senior representatives from the EU Institutions to explain our commitment to maintaining our long-standing policy of being a good neighbour to the EU, whatever the Brexit outcome.

“We discussed our cooperation with the EU as existing ‘third countries’ in key areas such as tax, anti-money laundering, data protection and financial regulation. This included discussion of the action plan and commitments on transparency in beneficial ownership information.

“We were heartened to hear our constructive engagement with the EU’s tax listing process characterised as ‘exemplary’. This, of course, resulted in the Islands being officially whitelisted by EU Finance Ministers in March.”